The Crazy Lady In The Red Hat: America’s Mascot 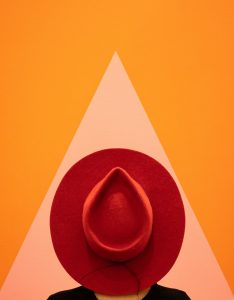 Despite being highly aware of how devastating 2020 was, (well really the last four years but most certainly 2020), and knowing the pandemic is nowhere near resolved, I still found myself feeling optimistic about 2021.

Until the domestic terrorist attack on January 6th, our country had voted to kick this disgusting administration to the curb. For the first time in my history thanks to our neighbors in Georgia, democrats now have the White House, The Senate, and the House of Representatives. And Georgia gave us one more gift of having the first black man in Georgia’s racist history to ever become a senator. And that change in power had the white supremacists afraid, so afraid that they went against the Constitution and everything else they said this past year America stood for and attempted to destroy the Capitol; and like many of my peers, I was glued to social media full of mixed emotions as I watched this go down.

So, when my boyfriend asked to go to a Japanese restaurant for his birthday the next day, it was a happy distraction from the chaos on my timeline. When we arrived, everything felt familiar as it was a restaurant I have been going to since childhood, but it also felt strange. As we sat in the waiting area, I clung to my boyfriend’s arm and looked around. It was a crowded night and at first, I thought that was why I was uncomfortable. Although my parents, my boyfriend, and I were all essential workers, nothing changed for them. They still went to work like normal, still had coworkers to socialize with, and tried to protect themselves as much as possible from COVID-19. I on the other hand immediately transitioned from seeing people face to face in an office to meeting people behind a screen permanently. My coworker was my dog. The only face to face interaction I have had in 10 months was my family, and very few friends who I knew had been following safety precautions just as much as me. It was at that moment that I realized we were the only black people in the entire restaurant. 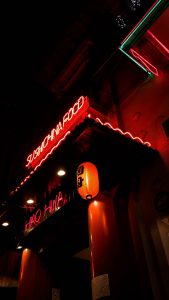 I am from Florida and I grew up on an affluent side of town, so I spent most of my life being one of the only black people in various settings.

Today I felt suffocated and I wanted to leave immediately, but this was my boyfriend’s first pandemic birthday and I wanted it to be as normal as possible for him.

The waitress sat us with a group of white millennials and a baby boomer in a red hat (not that one). I was curious if they were on the side of oppression like the current leader of the free world or of justice like our leader to be promised he was about. Since I could not ask, I listened. Most of the conversation was benign—where their next party would be, homework that needed to be done, and other things college kids worry about these days. At one point they were arguing over the name of a hip-hop artist from the 90s which they were never going to guess. But then I overheard one of the guys talk about how ridiculous it was people were mad at Trump because he did not incite the riot and he and another guy get into a discussion about it until one of the girls glanced our way, then back at them and told them to talk about something else. As I listened, I made eye contact with another one of the girls who kept smiling at me as if to say, “I’m not one of them.” 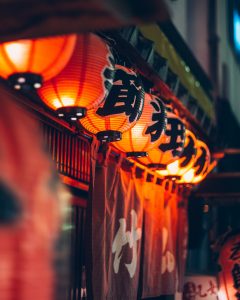 When the waitress arrived with cheesecake for my boyfriend’s birthday the lady in the red hat looked at it like a dog stares at a bone. Before he could take a bite, she asked him while looking at me, “are you going to share it with her,” and then half-jokingly, “You better share it with her!” He mumbled a “Yes ma’am,” as I listened to her daughter scold her. She said to her daughter “I just want to make sure he doesn’t forget her, and if she doesn’t want a bite, I’ll take some”. Her daughter then offered to buy her cheesecake, but she declined. She then attempts to make small talk with us and says with a laugh to my boyfriend “I’m sure you will forever remember this birthday because of the crazy lady in the red hat.”

What I wanted to say to her is that her desperate attempts to connect were magnified with awkwardness. That perhaps her apparent lack of exposure to black love, let alone black people in general made for terrible conversation and that when I think of a crazy lady in the red hat, I will not be thinking about her failed attempt at Sunday best but instead I will think of her counterparts, Karen and Becky. I will think of the countless times friends, family, peers, and strangers have been accosted by crazy ladies in red hats. And that the one thing I will remember most of all is trying to heal from the mass destruction white supremacy has caused and then eating dinner with white privilege.

Alisha Teague is a licensed mental health counselor with twelve plus years of experience working with adolescents and adults with mental health and substance abuse. She received her Bachelor of Arts in psychology with a concentration in child development from the University of North Florida and her Master of Arts in Counseling Psychology from Webster University. Alisha has experience in various settings such as intensive outpatient, outpatient therapy, methadone clinics, psychiatric hospitals, community mental health and substance abuse rehab.