“It’s Hard to Breathe With This Mask On: Struggling with Your Emotional ‘Weight’ ” 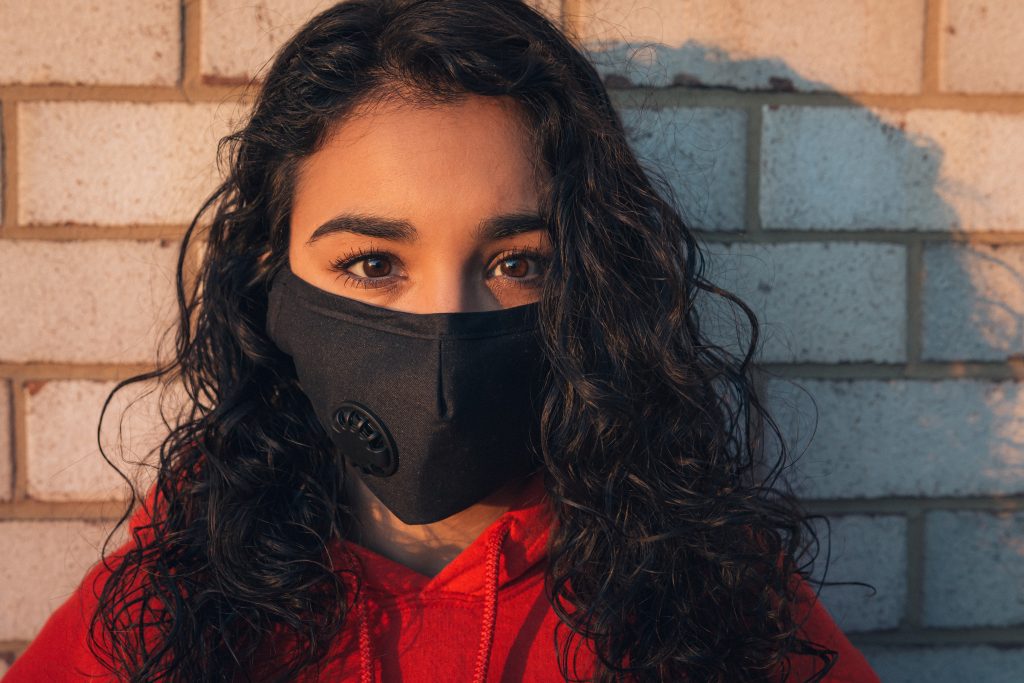 There is a pandemic, in the Bariatric community, and that is people are tired of carrying their emotional weight underneath the heavy mask of obesity. The expectation to be strong and pretend you’re happy, even in the most challenging circumstances, is uncomfortable and makes it hard to breath.

The reality that this is a shared experience among many successful people in the BIPOC community hit me as I was scanning the internet. I came across an attention-grabbing headline, from an article written by Al Neal, that was published in People’s World on July 28, 2001. The title of the article “Simone Biles Carries the Weight of the World On Her Shoulders” was similar to a training I created called “Carrying the Weight: What’s Eating You?” In that training, I described my journey of obesity and how it felt like I was carrying the weight of the world on my shoulders. The weight consisted of the burdens of managing my own childhood sexual trauma, which went unnoticed, due to my brother’s addiction. To make my parents happy and my family whole again, I simultaneously played the roles of the lost child and the hero. This involved me performing well at everything and not being a problem. I viewed my emotional needs as a problem and discovered that French fries made me feel better. It wasn’t long before I developed a relationship with food to comfort me. This initially seemed like a good way to hide my stuff until my stuff started showing up as weight on my body.

In the article, Al Neal quoted a statement in the Associated Press that Simone Biles made. She stated, “We have to focus on ourselves, because at the end of the day we’re human, too. We have to protect our mind and our body, rather than just go out there and do what the world wants us to do.” On August 8, 2021, Juliet Macur wrote a New York Times article titled “Simone Biles and the Weight of Perfection” that reflected on Simone’s journey into competitive gymnastics which was underscored by her navigating family burdens and becoming the family hero. Both articles were written in response to Simone Biles making the courageous choice to not compete in a phase of the 2021 Olympics, despite the risk of disappointing everyone outside herself.

Making that brave decision, to write her own permission slip, to take care of her own mental and emotional health came with a lot of public scrutiny. I truly admire her decision because I know what it’s like to face criticism when making a choice that makes others uncomfortable. When you are used to performing in your personal and professional life it can be challenging to come off that stage. Then that moment comes when you are ready to take back the pen and write your own script.
So you might be wondering, what led me to finally make the decision to bow out gracefully?
For me, it became hard to breathe when I looked at my pictures noticed I was smiling pretty on the outside but I felt ugly on the inside. Also, when I wanted to be seen but wouldn’t show up because I didn’t want anyone to see me. Additionally, when I was in so much physical pain, that I felt like I was slowly dying inside but I couldn’t stop eating the food that was killing me. And lastly, when I couldn’t accept love from others because I didn’t believe I deserved it.

Carrying all that weight over the years became so heavy. I had tried and failed at losing those same 15 lbs., that I almost lost hope, but I found out about Bariatric surgery it restored my hope. I thought to myself, “This is an opportunity to be successful at my weight loss and I’m going to do it.” I had identified more than one strong “why” and they all made me cry. The funny thing is that none of my “why’s” involved anyone else so with that realization there was nothing anyone could say or do to change my mind.

My why was so strong that I told my husband he could divorce me if he didn’t agree with my choice. I told my mama that she could show up or not show up at the hospital for my surgery. And when others asked why I couldn’t just work out and exercise like normal people I replied, “I didn’t ask for your permission, I wrote my own permission slip, I’m the only one who has to live in this body.”

It was at that moment that I knew I had won one of the many battles in the war against my weight. That was the battle of people pleasing. There were and will be many other battles in this weight loss journey but having that surgery was the beginning of me taking off that mask and breathing with comfort.

As I bring this to a close, I want to ask you a question? Do you have a mask weighing on you that has caused you to struggle with obesity? If the answer is yes, I invite you to join the “Regain No More” Facebook community. This community was created for people who struggle with weight regain even after having Bariatric surgery.

Dr. Renetta D. Weaver is a Licensed Clinical Social Worker and Board-Certified Bariatric Counselor. Dr Renetta founded “Regain No More” which provides pre and post-Bariatric Education and Clinical support. She is a blogger for Clinicians of Color Connect with her at renetta@regainnomore.com.