A Breakup Letter To My Anxiety 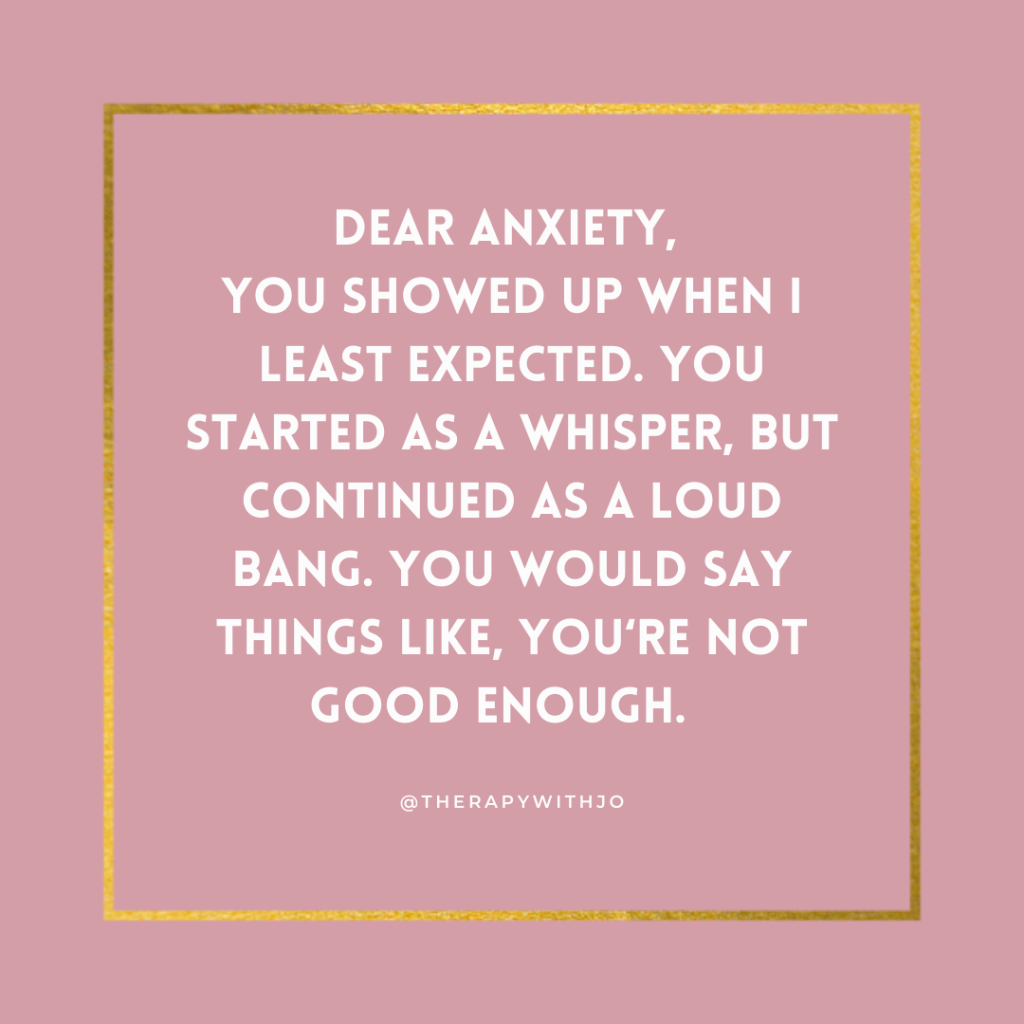 You showed up when I least expected. You started off as a whisper, but you continued as a loud bang. You would say things like, you’re not good enough, you don’t deserve good things, you’re flawed. I tried to brush you off. You would go away, but only for you to return even louder.

You made me overthink every single decision that I made. When I finally mustered the courage to make a decision you assured me that I was in the wrong. I stopped trusting myself and only listened to you. You knew what was best right? So you guided me for years to come. You started seeping through every aspect of my life until you took over every part of it. It happened so fast. It took me by surprise, but I am sure you weren’t surprised. That is exactly what you do.

It started off as one sleepless night, and I thought nothing of it. Then one night turned to two, then to three, and now I’ve lost count. You never sleep so I guess you needed company. I would fight to fall asleep but you had so much to say. So you continue talking and talking. It seems like we could never take a break. I would think that you were gone and then boom, you’d be right back.

When I first found out about who you were I was stunned. Anxiety, what’s that. I was told that you caused minds to race. The feeling of nervousness and restlessness never subsides and that was all thanks to you. Let’s not mention overthinking and overanalyzing almost every situation. There’s never a trigger, but just consistent mind racing. Because of anxiety you start to think that something is wrong with you, but trust me there is nothing wrong with you. The problem will always be anxiety.

You took a hold of me and never loosened your grip. Well I have something to tell you. We are done. We are not meant to be. I will no longer let you control my life. I will no longer think I am not worthy because of you. You’ve held me back for so long, and I am over it. So I choose to live a life where you are not the focus. It’s time for me to move on.

I know that you will try to creep back in, because that is what you do best. However, I have equipped myself with skills to combat you. No matter what you do you will never have power over me again.